Self Study Module 3: A Call to Action - Making a Commitment to Address Racial Disparities in Practice

Members of the healthcare team and administrators involved in the diagnosis and care of cancer patients, including oncologists, Oncology Certified Nurses, Oncology Nurse Practitioners and Physician Assistants, Oncology Practice Managers, and Medical Directors 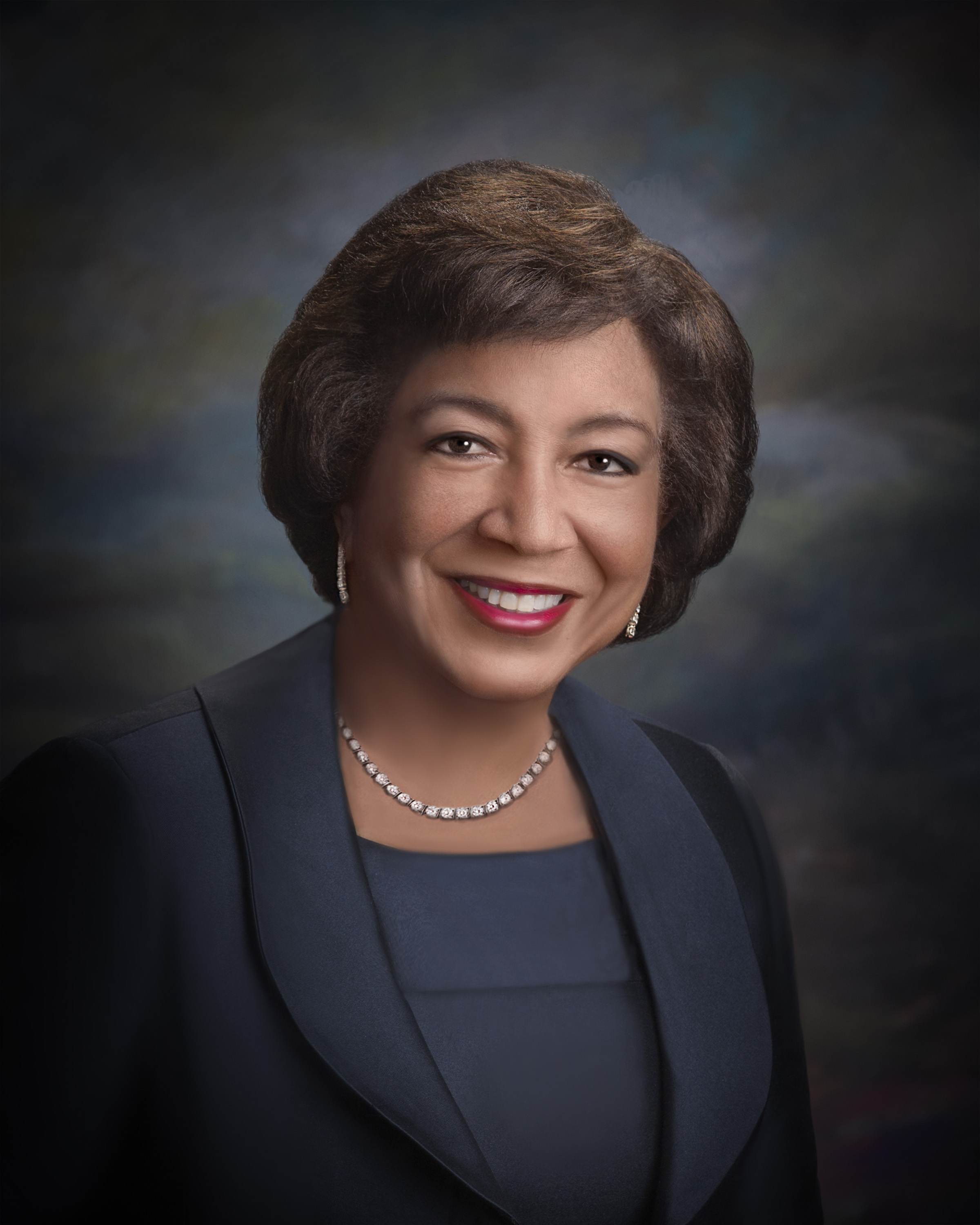 Edith Peterson Mitchell, MD, MACP, FCPP, FRCP, is Board Certified in Internal Medicine and Medical Oncology and is Clinical Professor, Department of Medicine and Medical Oncology at Sidney Kimmel Medical College at Thomas Jefferson University and Associate Director for Diversity Programs and Director of the Center to Eliminate Cancer Disparities for the Sidney Kimmel Cancer Center at Thomas Jefferson University.

Dr. Mitchell has spent her medical career helping individuals in medically underserved areas to realize that simple changes in lifestyle can have a dramatic impact on cancer care. Through her work, Dr. Mitchell has demonstrated the importance of community service and outreach especially to those individuals who may not have the means to seek out more conventional medical advice.

Dr. Mitchell received a bachelor of science in Biochemistry “with distinction” from Tennessee State University and her medical degree from the Medical College of Virginia in Richmond. In 1973, while attending medical school, Dr. Mitchell entered the Air Force and received a commission through the Health Professions Scholarship Program. She entered active duty after completion of her internship and residency in Internal Medicine at Meharry Medical College and a fellowship in Medical Oncology at Georgetown University.

Dr. Mitchell has authored and co-authored more than 150 articles and book chapters as well as many abstracts on cancer treatment, prevention, and cancer control. As a distinguished researcher, she has received many Cancer Research and Principal Investigator Awards including a recent Promise Grant from the Susan G. Komen Foundation. She serves on the National Cancer Institute Review Panel and the Cancer Investigations Review Committee, the Clinical Trials and Translational Research Advisory Committee, serves as Co-Chair of the NCI Disparities Committee, and is a member of the NIH Council of Councils. Because of her experience in the cancer research community Dr. Mitchell was selected to serve as a member of the NCI’s Blue Ribbon Panel convened to advise the National Cancer Advisory Board on Vice President Biden’s National Cancer Moonshot Initiative. In 2019, Dr. Mitchell began service as a member of the President’s Cancer Panel and in 2020 she became a Fellow of the Royal College of Physicians.
Dr. Mitchell holds leadership positions in the American Society of Clinical Oncology and was the 116th President of the National Medical Association, serving from August 2015 to August 2016. She also serves on the editorial board of the Journal of the National Medical Association, and is a Board member of the Museum of the American Revolution, and the Board of Trustees for Geisinger Commonwealth Medical College and Tennessee State University.

Among her many honors, Dr. Mitchell has received the ‘Tree of Life’ Award which recognizes health professionals who have made extraordinary contributions to health management in both the local and global community. Dr. Mitchell was awarded the American Cancer Society’s Cancer Control Award for her significant commitment to research, education, and diversity and the Research Award by the Council of Women Physicians of The National Medical Association. In 2010 she received the National Cancer Care Physician of the Year Award in recognition of her outstanding contribution of time and talent. Other awards for Dr. Mitchell include the 2009 Looking Glass Award presented by the Living with Cancer Foundation and the Women in Medicine Research Award from the National Medical Association. She received the 2011 Practitioner of the Year Award by the Philadelphia County Medical Society and the 2012 Humanitarian Practitioner of the Year Award by the American Society of Clinical Oncology. In 2013 she received the Lifetime Achievement Award from Alpha Kappa Alpha Sorority, Inc., was inducted into the National Historical Black College Hall of Fame and also received the Octavius Valentine Catto Award for community service in the City of Philadelphia from the Mann Center. In 2015 she received the Medical Tree of Life Award from Debbie's Dream Foundation: Curing Stomach Cancer. In 2016, Dr. Mitchell was selected as the Historically Black College Alumnus of the Year. In 2017, Dr. Mitchell was inducted as an Honorary Member of the American Society for Radiation Oncology. In 2018, she received the Edith P. Wright Breast Cancer Foundation Eydie’s Angels Loving Hands Service Award and the Jefferson Health Achievement Award in Medicine and in 2019 the Ultimate Solution Award from Philadelphia Life Sciences, the Distinguished Citizen Award from Kappa Alpha Psi Fraternity, Inc., and was honored by the Geisinger Commonwealth School of Medicine with their Well-Being Award. In 2020 she was an honoree for the United Negro College Fund’s Mayor’s Masked Ball. Most recently, she was selected as the 2021 Tennessee State University Black History Month Alumni Honoree and the recipient of the AACR-Minorities in Cancer Research Jane Cooke Wright Lectureship Award.

In addition to her medical achievements, Dr. Mitchell is a retired United States Air Force Brigadier General, having served as the Air National Guard Assistant to the Command Surgeon for US Transportation command and headquarters Air Mobility Command (AMC) based at the Scott Air Force Base in Illinois. General Mitchell has been awarded over 15 military service medals and ribbons including the Legion of Merit, Meritorious Service Medal, Air Force Achievement and Commendation Medals, National Defense Service Medal, and Humanitarian Service Medal. Dr. Mitchell was selected for inclusion in America’s Top Oncologists. Dr. Mitchell is a Master of the American College of Physicians, a Fellow of the College of Physicians of Philadelphia, and member of the American Medical Association, the National Medical Association, Aerospace Medical Association, Association of Military Surgeons, the Medical Society of Eastern Pennsylvania, the ECOG/ACRIN Cancer Research Group, and the Radiation Therapy Oncology Group.

On a personal note, Dr. Mitchell enjoys gardening, quilting, listening to jazz and rock music, and spending time with her family. She and husband Delmar have been married for fifty-one years and have two daughters, Dale and DeAnna, two granddaughters, Gabriella and Lilly, and two grandsons, Jude and Luke. 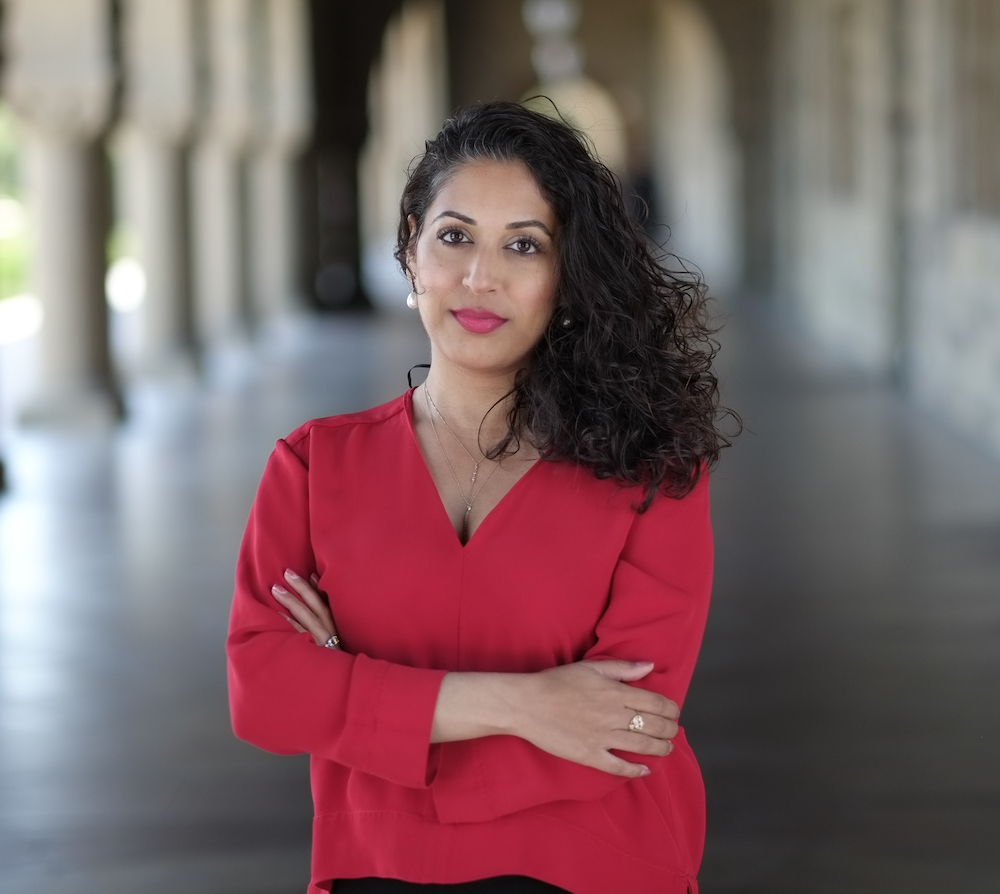 Dr. Seema Yasmin is an Emmy Award-winning journalist, Pulitzer prize finalist, and a former officer in the Epidemic Intelligence Service at the Centers for Disease Control and Prevention where she investigated outbreaks in maximum-security prisons, border towns, hospitals and other settings. Yasmin is director of the Stanford Health Communication Initiative, clinical assistant professor of medicine at Stanford University, visiting professor of crisis management and communication at UCLA’s Anderson School of Management, and a medical analyst for CNN. Yasmin combines her expertise in epidemiology and communication to study evidence-based practices for effective health and science communication. She is an Emerson Collective fellow, focusing on the overlap of medical deserts and news deserts in the United States and the impact of the decimation of local news on public health. The author of four books of non-fiction and poetry, she has received writing awards from the Pulitzer Center on Crisis Reporting, The Mid-Atlantic Arts Council, and others. Her reporting appears in the New York Times, Rolling Stone, WIRED, Scientific American, and other outlets. She received her medical degree from the University of Cambridge and trained in journalism at the University of Toronto.